Wait ‘Til Next Year

Here's a copy of Dave Trout's first article published at RabbitRoom.com on 11/10/16: "Wait 'Til Next Year" 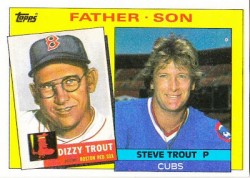 I have been deeply connected to the Chicago Cubs for the last 33 years. My uncle Steve was a starting pitcher on the team in 1983-87. His father (my grandfather) Dizzy Trout was an All-Star pitcher for the Tigers, and threw a complete game victory in Game 4 of the 1945 World Series against the Cubs in Wrigley Field (that was the infamous “Goat Game”).  Therefore, there’s a slogan here in Chicago that I know all too well – which is emblazoned on the DNA of Cubs fans: “Wait ‘Til Next Year.” It has been our end-of-the-season lament since 1908, and a hopeful optimism that maybe the big one will be right around the corner.

Now, as the Cubs celebrate a World Series victory, the phrase “Wait ‘Til Next Year” does not go away, it simply takes on a new meaning.  Instead of it being a whimpering mantra for a bruised ego, it is now a war cry and a warning blast to all other teams.  We are no longer the loveable losers.  We are no longer cursed by a billy goat.  We are winners; we are champions – and we will fight hard to keep our crown! Wait ‘Til Next Year!

I run a non-profit media ministry called Under The Radar.  It’s my passion and my calling at this time in my life, and I love what I do for a living.  UTR’s mission is to build community around well-crafted faith-inspired music – a very similar mission to the Rabbit Room, except we focus almost exclusively on music.  Around these parts, we’ve also been saying “Wait ‘Til Next Year” – because we’re hopeful our organization can take some exciting steps forward in 2017.

The long-term goal is that UTR can become the organization that best serves and support Christian (mostly) independent artists and the discerning ears that are inspired by that kind of thoughtful, honest, high-quality art.  All the artists in the Rabbit Room are perfect “round pegs” in the landscape we want to nurture.  Yet, we understand that the Rabbit Room songwriter section can only extend so far. UTR wants to be a musical advocate and an inclusive community that offers a platform to hundreds of artists who are making handcrafted music, the kind that turns lights on in people’s souls.  My dream for our future is to have a robust staff all dedicated to serving the needs of music listeners and music makers.  It’s a big dream, but it’s possible. 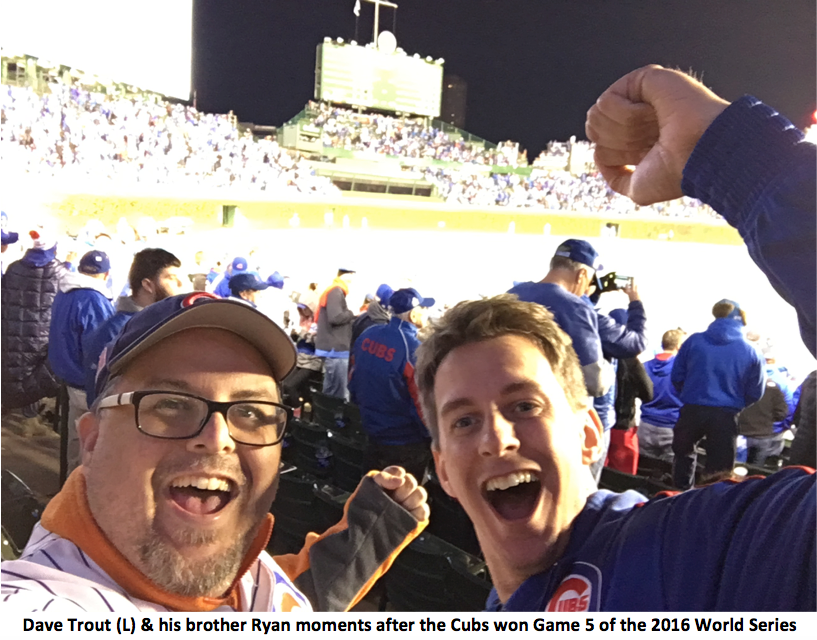 The Cubs would not have won the World Series if the owners asked the team to use hand-me-down cleats, workout in a non-renovated clubhouse, and practice with used baseballs from 2009.  Their championship was not just due to the plays you saw on TV. A lot of strategic investment needed to happen to help the club take steps forward and be a position to win it all.

Frankly, UTR won’t be able to move our vision forward with an old website, dated look, and antiquated content strategy.  And since we are still a start-up non-profit, we don’t have funds to cover above-and-beyond initiatives.  This led to two key decisions that we hope will pave the way.  First, we decided to pull the plug on the thing that started this ministry, and the thing that most people know us for – the UTR radio program.  (Watch this video for an explanation why we’re doing this.) In short, this is an act of pruning – we believe we can use the time we were pouring into one radio program and accomplish an array of multi-media on-demand content.

Second, we launched a Kickstarter Campaign to help fund a set of six initiatives that will allow us to take steps forward in our vision and even better fulfill our mission. We’re in the final days of our campaign, and I would be honored to have your participation.  Not only do we have some stacked reward tiers (including donated albums, concerts, etc by 60 different artists), but I believe the real reward will be in seeing the growing spiritual fruit the Lord provides through UTR and knowing that you helped to make that fruit possible.

In addition, if we are able to complete our base goal, our first stretch goal is one that will likely resonate strongly in this community: a Rich Mullins tribute album.  It’s a pretty safe guess that there will be some Rabbit Room artists on that project if we reach that goal.

Thank you to Pete for the invitation to share about these exciting days at UTR.  Thank you in advance to any rabbits who decide to back our campaign. (If you are reading this after 11/15/16 and missed our campaign, we are always in need of new regular supporters.) And for those who can’t contribute financially, we appreciate prayer support as well.  Lastly, thank you to the 2016 Chicago Cubs… for not sucking.

With the support of good people like you, I truly can’t… wait 'til next year!

In 1983, a handsome 8-year-old boy was selected from a crowd of less-handsome children to participate in a game on the legendary Chicago TV show “Bozo’s Circus.” Dave Trout helped bring his team victory, and has endured allegations of cheating for three decades.  This early brush with fame translated into an unquenchable thirst for the spotlight, which manifested in becoming a DJ at his local roller rink at age 16. At 18, he became a radio icon when he joined the student volunteer staff at 250 watt powerhouse WETN-FM.  Eventually, he wanted to take over the Internet, so he launched Under The Radar in 2008, with the listenership in the first two months climbing into the dozens.  Today, he spends most of his time writing guest commentary pieces for prestigious pizza blogs.  Somehow, he has a wife and 5 children, who live in the Chicago metro.