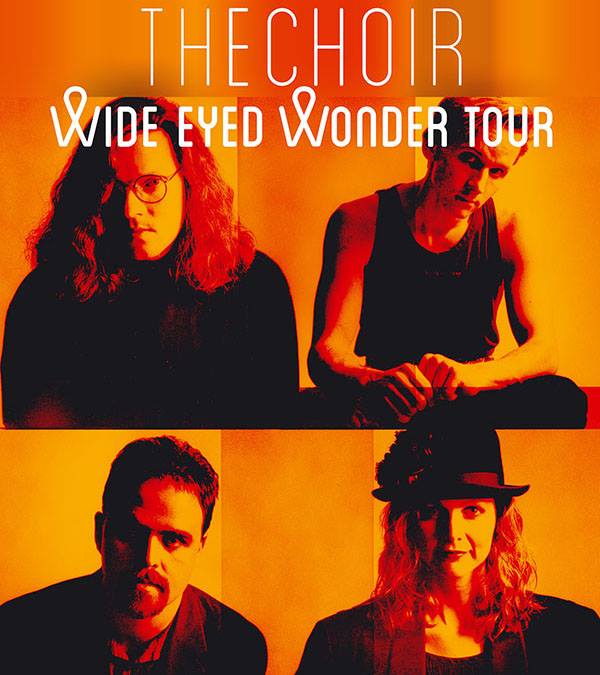 FEBRUARY 1, 2017 – [Chicago, IL] – Legendary rock band The Choir is happy to announce that Under The Radar will serve as the exclusive media sponsor of the upcoming coast-to-coast “Wide Eyed Wonder Tour,” which begins on March 17. The tour will feature a reunion with former bass player Robin Spurs, and will see the iconic 1989 album Wide Eyed Wonder performed in its entirety.

“We are thrilled to be a partner on this exciting tour,” stated Dave Trout, founder and President of UTR. “The Choir is, no doubt, a legendary band – and for decades they have been a prime example that music can be both well-crafted and faith-inspired, and effectively reach an audience beyond the four walls of the Church. Wide Eyed Wonder was my on-ramp to discovering The Choir when I was a teenager, which makes the partnership on this specific tour a joy to me personally.”

“We have been fans of what Under The Radar has been doing for years,” shared Dan Michaels, member of The Choir. “They have a passion for curating music that has high quality standards in craftsmanship, yet has a depth of soul, hope, truth, & faith. So, the passions of The Choir and UTR are in alignment. We’re looking forward to working together with Dave and the team.”

On January 31st, The Choir launched a new PledgeMusic campaign to help fund a brand new studio album plus a re-mastering and re-issuing of the 1989 classic Wide Eyed Wonder on vinyl and CD.

UTR will be sharing some exclusive interview and performance content of The Choir over the next few months.  Get more information about The Choir's Wide Eyed Wonder Tour.