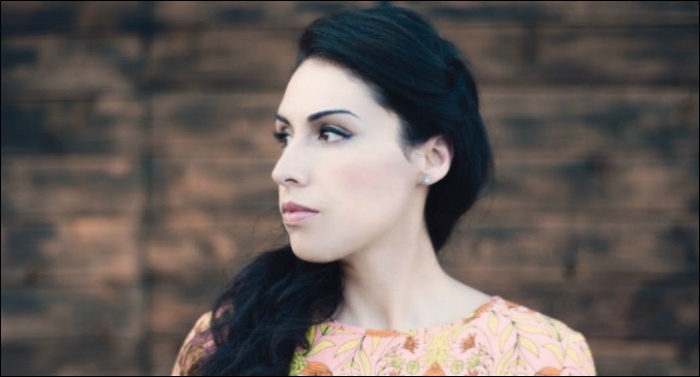 You can hear the talent oozing in just the first few notes of her music. We have also gotten to know Tanya Godsey personally over the last few years, and we can tell you that the person behind the music is just as genuine, kind, and encouraging as the songs.  We are thrilled for the release of her third studio album Love Lines The Last Horizon, produced by Ben Shive (Colony House, JJ Heller, Rend Collective, Andrew Peterson) -- and not just Tanya's career-best work, but one of the best albums you will hear this year!  We had a chance to talk to Tanya about the making of this new music.

UTR: Was music a part of your home growing up?
TG: It was. My Dad was and still is a Pastor but he also sang, wrote songs and was a worship leader. On top of that he played drums, bass, guitar, accordion...you name it. So I was exposed to music early and was in piano lessons by 11. 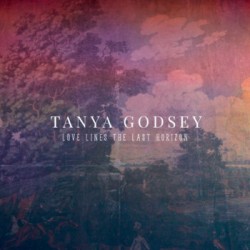 I started guitar in my later teens and began writing songs around that time as well.

UTR: Let's talk first about the lyrical content of LLTLH. What were the main themes that you wanted to communicate?
TG: I think the main themes are the power of love, compassion, perseverance, celebration and hope. Sometimes the experience of all of these gifts is a process and that’s what I hope these songs hone in on. I made this record as a soundtrack for everyone as they work through their process with God, each other and the world around them.

UTR: The songs on LLTLH have a huge musical landscape. What were some of the new directions you wanted to take musically on the album?
TG: I’ve had a lifelong struggle with fear and I think that has bled into every area of my life, most certainly my creativity. This album documents my emancipation from fear from the writing, to the vocal delivery and most definitely the production. It has been a journey for sure and will continue to be a journey but I’ve always asked myself what my records might sound like if I was unafraid... if I had the courage to create without fear. I think Love Lines the Last Horizon is as close to 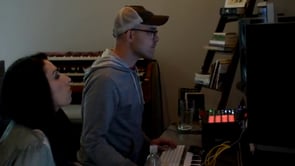 that as I may ever come. Musically, I hoped to create a world where the emotional range of my stories and my voice ran parallel to the production. Ben Shive, my producer, and I decided early on that we wouldn’t be afraid to paint with some different colors. Ben and I both love Peter Gabriel and I’ve always been so compelled by the other worldly quality of his music. So creating an atmosphere where people could experience something that felt a bit more cinematic was definitely a priority for me.

UTR: Is there one particular "magic moment" that sticks out for you in the writing of the songs or the creation of LLTLH?
TG: When we took a two month break from production, I paused as well to regroup and pray about what God would have me write about for this second half. "Wild Love" was the first new song to make an appearance during our break and it came one early morning as I was watching the sun rise right over my piano from my studio window. It sort of poured out of me as a message to the world of God’s unflinching love for humanity: “You circle the world one sweeping sight/You gaze on the guilty and the justified/And still you breathe and still you breathe in every soul/wild love running free in our Father’s world.” I wept hard over that truth. It’s helped me completely redefine my idea of love... so much so that I felt compelled to go back to some fragile relationships and reengage differently, with more grace and patience, after writing that song.

UTR: What does the rest of 2016 look like for you?
TG: I’ll be telling the story of this album through a series of 16 live dates beginning in late September through early November. Then I’ll be rounding out the year in the studio working on some projects for TV/Film and also planning the launch of a new podcast I’ll be cohosting.

We are grateful that Tanya not only answered these questions... but she is also the interview guest of UTR Episode #358 (releases 9/30/16) where she answers a completely new batch of questions.  Do yourself a favor and buy the full album Love Lines The Last Horizon, and you'll thank us later.  Here's a lyric video for one of the new songs: