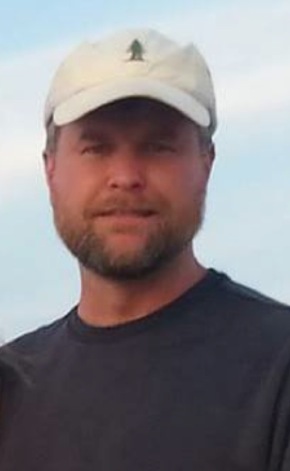 Matt was a talented singer-songwriter, carpentry professional, church leader, and family man. He is survived by his wife of 20 years Amy and sons Graham (9) and Benjamin (7).

A UTR listener in Texas heard the news about Matt a couple days after the tragedy and sent me a news report from local ABC affiliate WLOS.  I was shocked to hear the tragic news, and immediately wanted to learn more about this man of God who I had just discovered a couple of weeks prior.

Dusty Hafer is an Under The Radar listener and was a close, personal friend of Matt's for the last 15 years.  He shared these thoughts:

Matt was a kind and gentle a man as I have ever known.  He was an excellent listener.  He was always quick to pray with those around him. I always really looked up to the way he loved his family. In addition to being a musician, he was also a carpenter, and his excellence and attention to detail were evident in both his songs and carpentry projects. He and his wife faced many struggles honestly, including several miscarriages - and in the end Matt always went back to the truth of Jesus' love for all of us. He clung to Jesus' love and sacrifice for us as the only thing he truly had.

Matt recorded two studio albums, New Found Land in 1999 and Happy That You Came in 2005.  If you've never given Matt's music a listen before, we encourage you to download his music now.  Not only will you be blessed by his songwriting, but sales of these albums will support his family during this difficult season.

Another UTR listener, Rick Starr in northern Texas shared his story with us:

I never got to meet Matt, but I almost did. I was planning a trip to North Carolina back around 2002. I was hoping to see Matt perform since he lived just north of where I was going. I reached out, and his wife contacted me back stating that Matt didn't have any shows planned, but if I was interested, he would be willing to play a few tunes for me if I joined him and his family for dinner. A private one on one house concert! I was excited. Unfortunately, this event never took place due to some unexpected events that had to postpone our evening together. Still, this truly shows the heart of Matt Auten. He was willing to invite me into his home to fellowship and play some songs for me simply because I had an appreciation for his music. I will never forget that and I cannot wait to listen to his music live in Heaven.

Reports from WLOS news are that Matt drowned off the coast of Harbor Island near Beaufort, SC - but not before successfully rescuing his son from the waters.  Fellow singer-songwriter Pierce Pettis noted: "Like Gamble Rogers, Matt Auten died a hero's death --sacrificing himself to save others."

The Auten's congregation has set up a fund to directly support Matt's family in the wake of this tragedy.  Donations can be mailed to Christ Community Church Montreat/ PO Box 279/ Montreat, NC 28757, and just put "Matt Auten Family Fund" in the memo.  Also, you can use this online donation page for electronic contributions.

Thank you, UTR for your kindness! I did want to make a couple of corrections. Matt’s dear wife’s name is Amy, not Ann. Also, the link I provided Dave to our church’s online giving page doesn’t work. Instead, go to http://www.cccmontreat.org/donate and click egiving and then continue as a guest, or register if you prefer, and then look for Matt Auten family fund. I believe Dave will make the changes to the blog post when he can, but I wanted to go ahead and give everyone the corrected info in the meantime.