Under The Radar's re-launch is officially underway. We had "liftoff" at the Second Launch benefit concert on November 20th in Chicago. About 100 folks gathered in person at CrossWinds Church, and several hundred tuned into the live webcast. 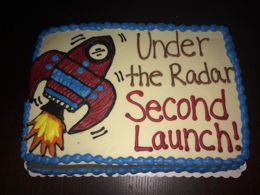 Getting to the launching pad is a story of God's provision. The idea for a fundraising concert was pitched by Dave Radford (of The Gray Havens) on Oct. 15, the day after UTR was a victim of downsizing. The original idea was to host the concert in Nashville to make it more accessible for artists. After many attempts, we were unable to find a venue in Music City, and we were running out of time to move forward.

We had more venue options in the Chicago area, so we changed cities and started the venue & artist search over again. This was November 3rd (yes... November 3rd)! We quickly picked a date, secured a venue, got artists willing to trek from Nashville 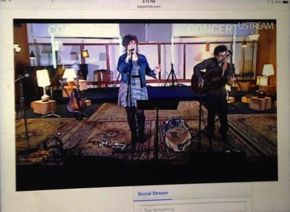 to play for free, and started promoting the event.  All of this was only 2 weeks prior to the re-launch date.

Our team consisted of mostly newcomers to the world of web-streaming, and over 30 man-hours of testing and setup went into making everything work properly. It was a lot of trial and error (mostly error) and a fair amount of high blood pressure, but it all came together on the 20th.

Behind the scenes, there were a lot of backend items that had to be setup to make a fundraising event possible — creating appeal letters, donation cards, setting up a bank account, etc. Marc Miller courageously led the charge to get our UTR websites setup independently and launch a secure online giving platform. The web donation page successfully went live just 3 hours prior to the concert event. 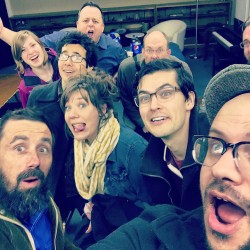 We experienced some last minute personnel drama as well. Madeline from Mercy Child was not going to make the trip due to illness. And we were notified on the morning of the 20th that the evening's headliner, The Vespers, would be canceling their performance due to illness. With hardly any notice, The Gray Havens agreed to step in and be their replacement. Amazing.

As Beverly Sills once said, "There are no shortcuts to any place worth going."

Once the event got rolling, the drama from the previous hours melted away. The night was full of encouragement, joy, purpose, and (of course) good music [from the talented Nick Flora, Mercy Child, Eric Peters, & The Gray Havens]. The generosity from the artists, volunteers, and new supporters was a thing of beauty... truly overwhelming. 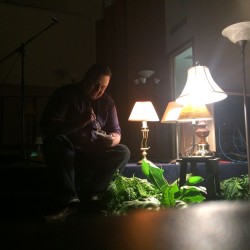 Around 1:00AM, all the artists, attendees, & workers had left, and I cut myself a piece of our celebration sheet cake, sat alone on the stage, and had a quiet moment to say a prayer of Thanksgiving. God had indeed provided for all the pieces to pull off this event. I feel equally confident that he will provide for the needs of the ministry in the months and years to come.

nice shot as a group!  Hope you got some good rest the next day.

Awesome to see the energy of those with passion for this ministry and the artists who understand the value of building the community!  Here’s to a great 2015!!