March is Interview Month at UTR! 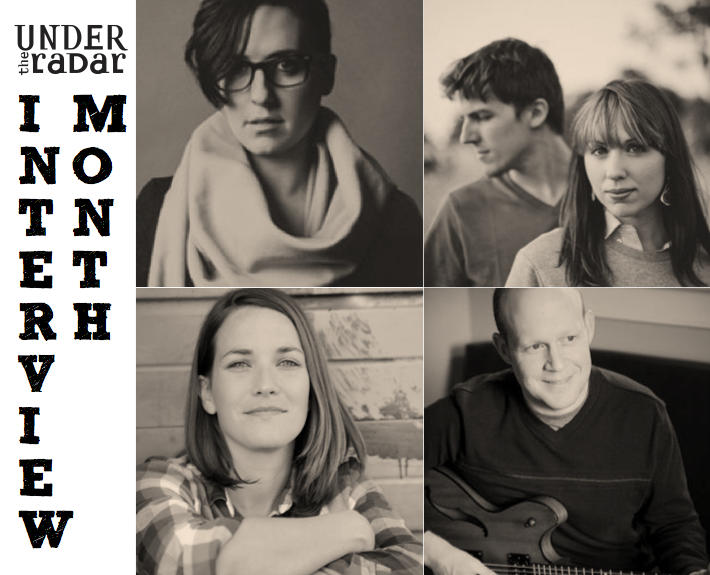 A lot of folks have told us that the artist interview shows are their favorite type of radio show we produce. We decided to dedicate the month of March to brand new episodes featuring exclusive interviews with folks who are in the VIP chair for the first time ever.  Here's what's in store...

We recently polled our Twitter followers, and the highest vote getter for UTR to do an interview with was Audrey Assad.  We have been playing her music for years, and we have always wanted to interview her.  She's an enigmatic personality in faith-based music, and hasn't been afraid to march to the beat of her own drum -- which has only garnered respect from us.  We finally get to talk to her one-on-one ...and hear more about her brand new hymn-remake project Inheritance.

Basically... THEY are the life of the party!  Chris & Jenna is a husband-wife duo from Westminster, MD that are oozing with personality.  It comes through in their live performances, and they are the same fun people off-stage too.  If you get to know them, you'll also discover they have hearts of gold. We are handing over the steering wheel of UTR (gulp!) to Chris & Jenna for one week, and THEY get to pick out all the music.

In 2013, singer-songwriter Caroline Cobb set out with the ambitious goal to release an album that song-by-song shared the Biblical story of redemption.  The final project is the brilliant release The Blood + The Breath.  We hope her songs and the stories behind them inspire you into a deeper level of gratitude and worship.  In honor of Palm Sunday, all the songs in this episode are on the theme of creative praise and worship.

This will be the 8th consecutive UTR Easter Radio Special ...but the first time we have a featured interview during on that special.  On March 17, Ohio-based singer-songwriter Rick Lee James will be releasing a new project called Hymns, Prayers, and Invitations -- of which many songs are on the theme of Christ's death and resurrection.  We'll talk to Rick about this new album and share other Easter-themed songs.

We hope you are also excited for Interview Month at UTR.  If you have any friends who love to hear insights behind the music, let them know that they need to check out UTR this March!