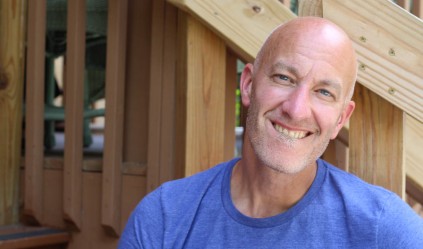 When Christopher Williams released his 10th album The City Makes The Man in 2014, I had heard of him, but was mostly unfamiliar with his music.  We met for the first time that fall, and quickly discovered his amazing talent as a singer-songwriter and his wonderful kindness as a friend. Since then, we've done a tour together, have stayed at his home several times, and had him at Escape To The Lake twice. Now, as C-Dub releases his 11th album Gather, we are excited to be on-board from the start. We were able to catch up with Christopher this week.

UTR: Do you remember the first time you got paid as it relates to music? Did you start to feel the vocational pull?
CW: I have a couple of answers for that one. The very first time I got paid for music was in college when I was playing covers and the occasional original song at the local dive bar called the Town Tavern, which was the ‘townie’ bar every night of the week except Wednesday night when all of the 21+ students took it over for some reason. I would play four hours and get paid $300 to entertain my fellow classmates and return home to my apartment smelling like cigarettes. It wasn’t necessarily in those nights that I felt the pull… but those experiences definitely helped fuel the fire. I specifically remember meeting Pierce Pettis and him encouraging me my Senior year to go after the dream when I graduated. The other funny ‘paid’ memory I have after college, was playing another regular gig every Sunday night at Starbucks in Seattle where I was paid in a pound of coffee, which was hilarious because I don’t drink coffee… so I would use that as incentive for folks to come to hear me play. I would pay them a pound of coffee to come listen!

UTR: What is the process like for you as you plan and prep for the making of a new record?
CW: It usually is different every time, but often is precipitated by a huge life event, like When I Was Everything was written and recorded when I was about to get married and I realized I need to make some more money to support my wife. Stone Water Wood Light was written in light of having our boy, Hudson. But Gather came out of response to the first track on the album, "Do Not Be Afraid." I wrote that song on retreat up in Wisconsin a couple years back, shortly after The City Makes The Man came out when I was pretty content with the possibility of that album being my last and thinking about coming off the road. I started playing "Do Not Be Afraid" at shows and people were responding to it incredibly and I realized then that I needed to write a bunch more songs to make an album to support and record that song. Because of this culture we are living in currently, we are faced with fear all of the time… and the response to that song was so tangible and visceral every time that I knew I needed to record it. Almost as though there was something beyond me going on with peoples response to that song. It has been beautiful to watch. 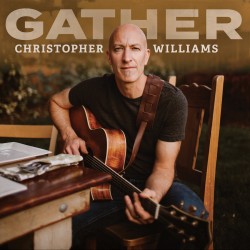 UTR: "Gather" is a word of invitation. What do you hope listeners experience as they "gather" around these new songs?
CW: My hope is that people will feel comforted as they listen to this record. I’m so old school that I still think about albums as a progression from the first song to the last… there is a bit of a journey that I hope people will go on as they listen to Gather. Again, in these current times we are in, where things are so divided by the politics and the media, where we are so connected by our technology yet feel so alone… I want people to remember and reclaim the importance of face-to-face interaction, being kind to one another, and that we are beloved because ultimately that is where healing and connection can happen. There are also few songs on Gather that are meant specifically to challenge folks to think differently about certain things in their life.

UTR: The sound of Gather has a kickin' full-band groove to it. Was it an intentional shift in the sound or was it simply the best way to deliver these songs?
CW: That was not the intent when we went to record, but the songs lent themselves to that production and we had a great crew of musicians who made these songs come to life. With every album I make, we always keep the guitar and vocal up front in the mix, and that is the same on Gather… but there definitely is a lot more going on musically to help support these songs. Paul Moak has an amazing ear and is an amazing guitar player… and he really understood the nature of these songs… and the guys we brought in all came with an amazing sensibility of how to only add to the songs, what would help support them. It was an amazing studio experience overall and I hope folks can hear the heart behind the recording and ultimately, the core of what these songs are about.

UTR: Are you hoping to tour and share these new songs live? How can folks bring you to their neighborhood?
CW: Absolutely! I’m always on the road and looking for new places to share my music. There isn’t really a touring season anymore… as it happens all the time. And I’m game for just about any venue, so I play clubs, theaters, house concerts, churches, festivals - at this point in my career I’m not really concerned with targeting a demographic or specific audience, just people who are excited for a night of music and stories and who want to help others push back the constant fear by gathering together. I heard someone say, ‘Presence is where the life of God is lived,’ and that is why I love doing shows… to be present with folks and to encourage them to do the same. Since I’m a one man indie show, you can email me through my website about booking requests and I’ll work hard to make it happen! I rely upon folks to help spread the good word about my music, so if you’re interested, please reach out! I’d be grateful!

Christopher is the fine wine of faith-fueled music, because he seems to get better and better with each new release. Gather is no different. It's likely his career-best work, and one of the best albums of 2017. I hope you will stop what you're doing and BUY (not stream) this excellent new release.

This record is so good. And ditto to everything Dave says about Christopher. He is “the fine wine”. A great artist and a great friend. Don’t miss this project!