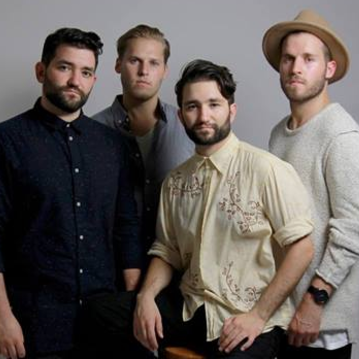 We hope you had a chance to catch the video world premiere #1 "Fall On Me" plus our exclusive interview with the band forBrothers.  The 2nd world premiere video in our series is the song "Foothold." These tracks you are seeing are a part of the new project Fool {live and acoustic}.  Here's what forBrothers' lead singer Shaant Shishmanian shared about the story behind this song:

Originally, "Foothold" and "Don't Know Me" were one full song; "Don't Know Me" being the first half and "Foothold" being the second half. As we were making our record, we realized that the two ideas were different enough to be made into two complete songs, so we split them up and expanded on each idea, forming the songs that they are today. Foothold is about the idea that we don't have to be bound to our flesh and bones here in this life.  I think we can have freedom from all those things whether it be anxiety, depression, or even a poor prognosis.  This song is especially close to my heart because I finished writing it while my Dad fought his last year of life.

Their 3rd world premeire video will debut on this site in about 2 weeks.  Learn more about the band forBrothers.