I love celebrating Easter.  The sacrifice of the cross, the victory of the empty tomb, the death of Death itself.  And for me, the joyful representation of the myriad themes of Easter are best displayed through music.  Don't get me wrong, there are a lot of Resurrection-themed songs released every year - and the vast majority won't ever connect with me personally.  But what a treat it is to find those rare gems that can become a soundtrack for one's celebration. 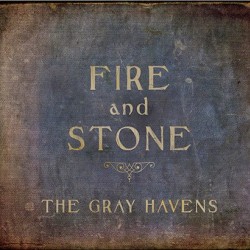 It is my great honor to announce that my personal favorite song of Easter 2015 is: "The Stone" by The Gray Havens.

This indie-folk-pop arrangement, led by a beautiful mandolin riff, creates a timeless musical landscape - and because of the organic nature of the song, it will likely stand the test of time and be enjoyed for years and even decades.  The lyrics take you to the scene of the Resurrection as it unfolds for Christ's followers.  And the voice rings out, "There's none inside the grave," the tempo of the song changes (bold choice!), and becomes a foot-stomping celebration.  Not only are we drawn into the story of the Resurrection, but we are challenged to reflect on that event has changed our future - changing our hearts and breaking the curse.

listen to ‘"The Stone" - The Gray Havens’ on audioBoom

I had a chance to interview The Gray Havens recently, and asked them for the story behind "The Stone" - 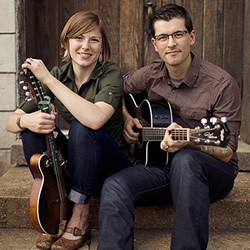 The song starts with the holding out of the elongated word "stone" - and then from there we wanted the listener to jump to asking, "What could that be about?" In this song, it's a double meaning. One is talking about the stone that was rolled away from Christ's tomb as being the first witness to His resurrection.  The second is talking about how stone hearts have been removed from believers and replaced with new hearts - stone hearts are dead and these new hearts that we are given are alive.  The song uses both ideas to share what "the stone" could mean.

Here are the lyrics to "The Stone" by The Gray Havens -

Torn by the sound of his voice
To the ground came the oh, oh
The curtain came finally down

Already won
For the good, all is done
To become like the one
Who would suffer, could suffer

We were far, yet
We were taken from the dark, yes
Turned from stone to flesh, new hearts, yes

We were far, yet
We were taken from the dark, yes
Turned from stone to flesh, new hearts, yes
Curse is broken

We will be featuring "The Stone" on the Under The Radar Easter Radio Special 2015, releasing on 4/3/15.  If this is your first time hearing the song, share your comments below!

Love, love, love this song by The Gray Havens!!  It’s wonderful to think that a tomb, a place associated with death, is also a place where life returned to Jesus.