We are already knee-thick in the Advent season - which is a time of waiting and longing for the birth of the Savior.  And UTR is in its own advent of sorts, as we wait for the arrival of new episodes and have the ministry standing on its own two feet as an independent non-profit.  Regardless of what circumstances you face this time of year, we could all use some gourmet holiday music to enjoy along the way.  Every year, gobs of new Christmas albums are created.  We wade through the schmoltz and corniness to find the really, really good stuff.  Now, we are proud to present the 6 Best Christmas CDs of 2014! 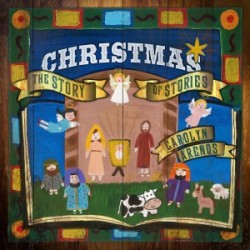 1.  Christmas: The Story of Stories - Carolyn Arends
This is exactly the kind of album I hope to discover each Christmas season.  Musically, it's full of well-orchestrated, under-stated, rootsy, home-grown melodies. Lyrically, its full of joy, reflection, humility, and wonder. Carolyn Arends has been recording music for over 17 years, and has logged ten albums, two Dove Awards, and has authored three books - yet she appears to be in her prime right now. Yes, you will find a few remakes of classics, including "O Come All Ye Faithful," a finger-snapping version of "God Rest Ye Merry Gentlemen," and a cover of loved Rich Mullins' song "You Gotta Get Up."  But the real star of this album is Arends' songwriting, with nine originals on this project.  Her fresh storytelling approach is refreshing and timeless - like these lyrics: "Through it all a baby cries/ Hush now listen, that's the sound/ Of the Kingdom coming to your town." If you are a fan of Andrew Peterson's Behold The Lamb Of God, you will likely love this release - THE best Christmas album of 2014! 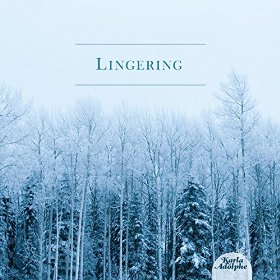 2. Lingering - Karla Adolphe
Carolyn Arends isn't the only songbird from Canada with a stellar holiday album.  Karla Adolphe hails from High River, Alberta, and the story behind the birth of this EP is THE best.  In early November (as in 6 weeks ago), a fan of Karla's music suggested she record a Christmas album.  It seemed like good timing. And on 11/29/14, it was done and released to the world.  Besides just a couple of small cameos, all of the instruments on the project were played by Karla.  You'll find four updates of Advent hymns and one original called "All Your Glory" - which was the first song Karla wrote in 3 years (after dealing losing her home to a flood, among other personal heartache).  In fact this whole EP is tenderly presented in a way that may connect deeply with those who deal with grief during the holidays. 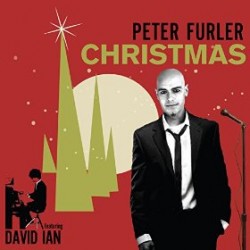 3. Christmas - Peter Furler
For those who know Peter Furler as one of the kings of Christian pop-rock, you'll be surprised to see an entirely different musical side.  He goes with straight-up jazz in this vintage sounding offering of eight holiday remakes and two spoken word tracks.  I think the temptation for a music veteran recording a first-time Christmas album would be to a big-time production with spinning drum solos and 100-piece orchestra.  But this album takes a different approach.  David Ian (formerly of Superchick) provides the piano-laden jazz tapestry that feels like a trip back to the 1950s. Yet these straight-forward arrangements and Furler's relaxed vocal delivery actually serve the powerful lyrics of these time-tested holiday spirituals quite well.  You might be surprised how refreshing you find this release. 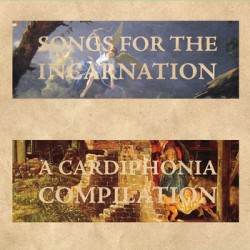 4. Songs For The Incarnation - Cardiphonia
Let's begin with the obvious question: Who is Cardiphonia? They describe themselves as "a fellowship of church songwriters that crowd source worship music for the joy and benefit of the Church." This collective's 2014 holiday release is a 23-track gem... and it's available for free! The majority of the songs are done with sparse, acoustic arrangements, and use both ancient and brand new texts.  Yet you cannot beat the variety of sounds, perspectives, and styles when you have 23 artists on one project. Highlights include Wen Reagan's "All Praise To Thee, Eternal Lord," Luke Morton's "Come Thou Almighty King," and Patrick Schlabs' banjo-led version of "Love Came Down At Christmas." 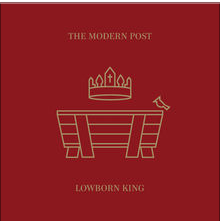 5. Lowborn King - The Modern Post
This band is led by well-known worship leader Dustin Kensrue and has all the earmarks that made his solo project The Water & The Blood a breakout release in 2013. This 5-song EP offers you some modern synth programming to modernize some ancient text.  Three of the songs are remakes of Advent hymns, including "Angels We Have Heard on High," "What Child Is This," and from circa 275AD "Let All Mortal Flesh Keep Silent."  The highlights of the EP were with the two original songs, "Child of Glory" - which has a modern worship flavor, and "This is War" - which is a synth full-band update of a song Dustin released on a solo album in 2008.  If you're looking for something with more of modern edge this Christmas, look no further. 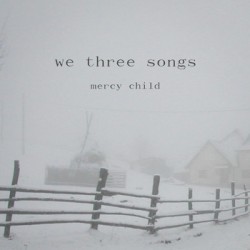 6. We Three Songs - Mercy Child
Those who watched the live web-stream of UTR's Second Launch concert got an early taste of this holiday release.  It was the first time that Mercy Child publicly performed "I Wonder as I Wander." After returning to Nashville, they quickly hit the studio to do an official recording.  That song is paired with two other gems - Americana remakes of "O Come, O Come Emmanuel" and "Savior of the Nations Come."  They are kindly offering this EP for free on NoiseTrade, and better yet... they are generously donating all tips toward the re-launch of Under The Radar! The only criticism I have of this release is that I wish there were more tracks. It's a good problem, I suppose.

Share your thoughts below.  (a) Have you already sampled any of these picks?  (b) Which ones will you check out thanks to this list?  (c) What other Christmas albums from 2014 are favorites of yours? One commenter will be randomly selected on 12/23/14 to receive a $25 iTunes gift card.

I’m definitely checking out Peter Furler’s new one - bonus that Superchick has been a guilty pleasure of mine for awhile. And anything by Arends has to be magnificent.

I have to say that the new Jennifer Knapp/ Margaret Becker Christmas album has been on rotation a lot recently at our house!

I really like some of the tracks on Aaron Shust’s “Unto Us.”  I love that he traveled to Prague to record the orchestra there.

Always appreciate your Christmas music tips. That Knapp/Becker thing is good, though it was from 2013. I have a live EP of Shane & Shane & Wickham that you could get from streaming their live concert this time last year. Really enjoying it, though I’m not sure there is any way to purchase it. Looking forward to hearing these you’ve listed!

I didn’t realize Carolyn Arends had a new Christmas album. I will check that out as well as these others. The one new Christmas album I do have is Aaron Shust’s Unto Us. I hadn’t followed Aaron Shust’s music much up until this point, but this album may change that for me. The orchestration is beautiful and reminds me a bit of Michael W. Smith’s oldest Christmas album, which is my favorite of his. It is definitely worthy of this list I think.

Pretty excited about the Peter Furler CD!  Sorry I missed Carolyn Arends when she was in the area recently, I had to work.  I would also suggest Smalltown Poets - Christmas Time Again.

Such great Christmas music! An interesting side note is that I mentioned to both Carolyn Arends and Karla Adolphe that their records were picked as the #1 and #2 UTR Best Christmas releases for 2014 and they connected on Facebook because of this. It ends up that these fellow Canadians had never met before! Surely one of the many benefits of UTR is the fellowship of artists shown by this encounter.

These look great! I’ve gotta check in for some UTR re-runs…. I’m missing the wonderful, unique music you’ve brought to light each week.

Thanks for the heads-up regarding the Cardiphonia compilation. Lots of well-crafted and interesting material there! Really enjoying it

Oh, the Carolyn Arends one sounds amazing! Thanks for all the recommendations! I go back to Behold the Lamb over and over, and Bebo Norman’s Christmas album is also one of my favorites.

I listened to the Karla Adolphe album and really enjoyed that. Also, SHEL had new Christmas music on Noisetrade recently. It appears that it is no longer available. SHEL always writes interesting melodies. They are so unique and their music is intriguing.

I heard one track from the Peter Furler CD, but I didn’t care much for it.  I haven’t heard anything from the others.  That’s why we need UTR back.

I really like Mercy Child’s 3-track release. I will likely get Carolyn Arend’s album because I really like Andrew Peterson’s Behold the Lamb.

I’m already enjoying Mercy Child’s release. I’ll definitely have to check out the rest. Thanks for always pointing us to such great music.

The Carolyn Arends one is one to which I’ll be sure to give a listen - I “found” her music almost 2 decades ago, and it seems she is still writing amazing lyrics.

Carolyn’s music helps me look at things with a different perspective. This is especially true with her new Christmas CD.I love the theology of her music. She teaches as well as entertains.

Carolyn Arends’ album is fantastic. No sappy songs or overproduced versions of carols. I LOVE the lyrical depth on many of the songs, and was especially struck by the same lyric quoted in the article above from the song “The Sound.”

I am a huge Carolyn Arends fan!!! So glad you gave her props!  The album is a true journey that leads the wise to the manger and the cross!  Thank you!  and Congratulations Carolyn!!!!!

Congrats WALTRANE - you were randomly picked to win $25 in iTunes cash!