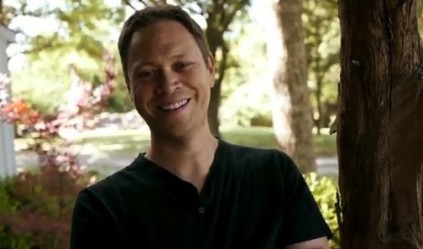 My re-discovery of Andrew Peterson's music in 2007 was a major factor in the creation of Under The Radar in 2008.  He has been a core artist of our's from the get-go, and over the last 6 years has been one of UTR's most requested artists.  We polled hundreds of UTR listeners and asked them: What is your all-time favorite Andrew Peterson song? We tallied the responses and now reveal the 14 Best AP Songs, as chosen by our listeners.  Both Andrew and I will share our thoughts about each selection.

Andrew:  God wants us to rest in Him because His love is unending. I've read the Bible, grew up in the church, and I'm still liable to think that God doesn't like me because of my sins. That's not true. Many Christians live afraid of God. My hope is that this song will call people to rest.
Dave:  Almost everything I do as an American adult is aimed to win the approval of others: my boss, my wife, my pastor, my friends.  Yet I would be heartbroken if my own children thought they had to earn my love.  I need to reclaim that childlike faith in the unconditional love of my Heavenly Father. 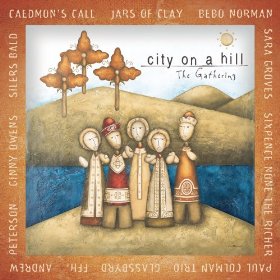 Andrew:  I knew there were going to be some songs I didn't write on this list.  The bulk of that song was written by Ben Shive. I wrote the lyrics to the chorus and sang them over a really pretty part from "Caanan Bound" that was left over.  Steve Hindalong and Derry Daugherty were putting out the third City On A Hill record and asked if we had a whole song for that one part, and days later Ben finished the whole song.
Dave:  This one has moved me emotionally and spiritually many times throughout the years.  I'm so glad our listeners voted for this one, since it's not on a traditional AP studio album.

Andrew:  That was a potential co-write with Don Chaffer, Randall Goodgame, Andy Gullahorn, and Ben Shive.  We wrote over 20 verses for the song, and the first version of that song was 8.5 minutes long!  We knew we couldn't inflict that on our listeners.  So we widdled it down to just the verses that Ben, Andy, & I wrote.
Dave:  This is my favorite song from Counting Stars.  The verses eloquently answer why the chorus is true.  And the perfectly placed fiddle solo didn't hurt either. 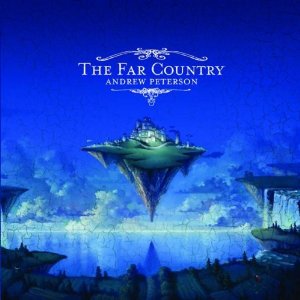 Andrew:  We were in sound check on that year's Behold The Lamb of God Tour. Ben Shive sat down and started playing that opening piano part.  I stopped and said "Wowe! What's that? Are you writing a new song?" And he said, "No, I'm just goofing around." So I told him that I wanted to write a song to that, and it will be the first song on my new record.
Dave:  Prior to Light For The Lost Boy - this song might have been the closest AP ever dabbled in folk-rock.  It's an amazing opening track to a masterfully-crafted album.

Andrew:  We were ready to go into the studio for Love & Thunder.  I asked Andrew Osenga if he had any extra songs laying around because we were looking for one more song to close the album.  He played a version of "After the Last Tear Falls" that was beautiful, and his version didn't have a chorus.  That night, I pulled into a Wal-Mart parking lot, pulled out my guitar, and finished the chorus.
Dave:  I would put this on a short list of the best songs EVER written, period.  For years, this song has driven me to a place of grateful worship in a way that most modern praise songs cannot. 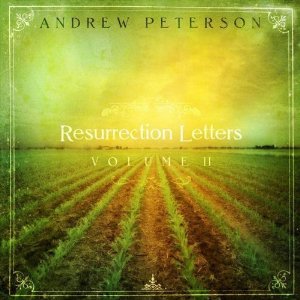 Andrew:  This was one of my favorite recording experiences of my whole life.  We had a choir of 50 ordinary people show up and sing a part that was very church-sounding - unprofessional, but more beautiful because of it.
Dave:  This is the song that, in concert, Andrew asks the audience to sing with him.  For that reason it is one of my least favorite and most favorite songs.

Andrew:  Ben told me that his pastor once said, "If you want to see God really flex his muscles, it's His mercy." I think that the epitome of weakness was Jesus hanging on a cross, being abused by the people he made. But because it is God's mercy, that seeming weakness is also a picture of His greatest strength.
Dave:  The first time I ever hosted AP in concert was fall of 2007.  To close his concert he said he would do a couple of requests.  During the next song, I gave instructions to the sound guy to talk to his in-ear piece and tell him "Dave really wants you to play 'Lay Me Down.'"  Instead he played a request from the crowd, and a song I really wasn't familiar with: "High Noon." The disappointment of my denied request quickly vanished, and "High Noon" instantly become one of my favorites! 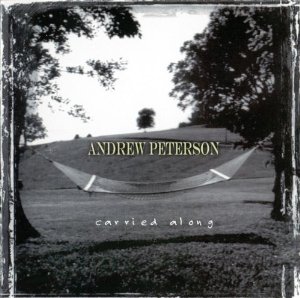 Andrew:  Somebody just asked me the other day if there is a song that I've written that I don't like - and that is the one.  My hearts not in it any more. When I sing that song what I hear is a kid in Bible college who is more focused on his own sin than on the cross.  It musters up in me feelings of guilt and shame rather than rest in the cross - which has been a big part of my journey the last 15 years.
Dave:  I understand the connection to guilt, and how I've changed quite a bit in the last 15 years as well.  Yet, it doesn't hurt to have songs that cause us to examine ourselves, confess our shortcomings, and allow the Spirit to search our hearts.  I love that this song has way more transparency and honesty than 90% of what you typically hear on CCM radio.

Andrew:  I remember feeling kind of lost in the middle, as a middle child myself - so I wanted to give my middle child (Asher) a song that really made him know that I set my gaze on him.
Dave:  One of the challenges this song has presented to me is the refrain that says, "Keep to the old roads and you'll find your way."  I wonder if I have instilled the value of the ancient path in a way that they would know it when they see it.  This song tugs on the heart of every parent.

Andrew:  I wrote it in 1995 after my wife and I drove from Florida to the Grand Canyon.  It was my first time ever seeing the West, and that was my attempt at trying to convey the glory of it.
Dave:  It was AP's first career radio single, and still one that people recognize and enjoy, myself included.  Plus I've never been to the Grand Canyon, but this song has made me want to.

Andrew:  I was pretty scared to record this song. And once again, in one of the great reversals that the Gospel creates, the song that I felt was a little too personal to record has become, in some ways, the one that seems like it has resonated the deepest.
Dave:  This song floored me when I first heard it in 2007.  I remember the late Moody Radio Pastor Don Cole sharing stories about people in Angola would go through periods of weeks, months, even years, without having a single prayer answered. Yet they remain faithful, hopeful, and thankful.  Could I?  Or is my faithfulness hinging on the "goodness" and quickness of God's plan?

Andrew:  If my least favorite was "The Chasing Song," this one is my favorite song I've ever written.  This song says what I meant to say in a way that I don't know if my other songs have.  I love playing it, but it kills me because it's so long that I can't usually do it.
Dave:  I agree. This is my favorite AP song of all time. It was my favorite song of 2012 by any artist.  I think there is plenty of preaching about the brokenness and fallenness of the world.  This song celebrates that there is so much beauty and love and hope to enjoy all around us.

Andrew:  The reckoning is a moment where the vail is lifted and you're able to see who you are in the face of God - and then the great feeling of relief when you realize that because of Christ you don't have to be afraid.
Dave:  There are certain Christian circles who tend to dwell on certain attributes of God -- like His abiding love or His jealousy or His anger against injustice.  Yet this song eloquently portrays God's mighty power through wrath and justice, but also through mercy and love.  Somehow this is set to an amazingly catchy melody as well!

1.  "Dancing in the Minefields"

Andrew:  That song is the best dedication I have to my sweet wife. She is probably the clearest voice of God's love in my life. I wouldn't have written any songs if it weren't for her baffling affection for me.  It's an uncoventional love song because it's about a fight.  But I think about her fondly every time I sing it.
Dave:  Don't get me wrong, it's a wonderful song.  But given all his wonderful songs, I would have never predicted that this one would take such a prominent place in AP's catalogue.  He found his "El Shaddai," his "Great Adventure," his song that is the must-play at every concert he does this decade.  Plus it spawned his first career music video (which has over 500K YouTube views!).  I am happy for the success and notoriety this song has brought AP, and even more happy that he wasn't even trying to write a hit.  Now think of the thousands of couples that call this one "our song."

Make sure to listen to UTR Episode #294 and Episode #295 to hear Andrew join me on the air for the audio countdown of these Top 14 picks.  What's your favorite AP song, and tell us why?

I have two favorites: “The Reckoning” - which I was glad to see made number two on your list - and “Come, Lord Jesus” which didn’t make the list at all.  I love how the latter song, every time I hear it, reminds me of God’s overwhelming and abundant grace in a world full of so many evils.